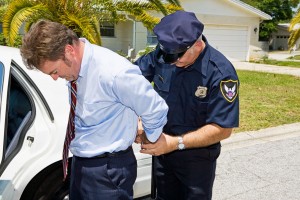 Being accused of federal criminal charges in Las Vegas can affect you in many ways. Hiring Federal Crimes Defense Attorneys can help you avoid some of the consequences such as losing your source of income, being imprisoned, or being forced to pay a hefty fine to secure your freedom.

Unfortunately, sometimes people get charged for crimes they didn’t actually commit. As such, one of the first things to do when you are being investigated for a federal crime is to work closely with federal crimes defense attorneys. This is because they have a clear understanding of how federal criminal laws work in Las Vegas.

Federal crimes defense attorneys help both businesses and individuals to fight against federal criminal charges leveled they are being accused of. They will represent you at different stages of the case such as investigations, grand jury subpoenas, court proceedings, among others.

A federal crime can be described as an offense that violates the federal laws of the United States. Federal crimes are usually investigated by a number of agencies such as the Drug Enforcement Agency (DEA), Federal Bureau of Investigations (FBI), Internal Revenue Service (IRS), Department of Homeland Security (DHS), U.S. Customs and Border Protection (CBP), among others.

The duration of federal criminal investigations usually depends on the nature of the crime. It can take several months or even years before a case is concluded. But engaging experienced federals crimes attorneys early can sometimes help dictate the course of the investigations and avoid an indictment.

Here are some of the common federal crime cases:

Being charged or investigated for any of the above cases can lead to serious consequences. You should not waste any time! Contact our office as soon as you are notified about the investigations.

Most people get frightened after receiving a federal subpoena. However, it is not always automatic that such a subpoena will lead to an indictment. Normally, an effective response to federal crimes subpoena can prevent a prosecutor from filing criminal charges. All you have to do is consult with Federal crimes defense attorneys in Las Vegas such as Lance Hendron. It doesn’t matter whether you are being accused of fraud, gun crimes, identity theft, racketeering, money laundering, or any other crime, Lance Hendron will know how to handle the case.

Is There A Difference Between Federal Crimes And State Crimes?

Federal prosecutors are the ones responsible for handling federal criminal trials as well as sentencing hearings.

Together with investigators, federal prosecutors are well funded by the federal government. If one is faced with a crime such as a bank robbery, child pornography, money laundering, or any other crime that falls under the federal jurisdiction, they had better seek help from qualified and experienced federal crimes defense attorneys.

When you have been accused of a federal crime, you will want to reach out to our office right away and get the help you need to fight your case. Contact us online or by calling 702-710-5555 to schedule an initial consultation to review your case.